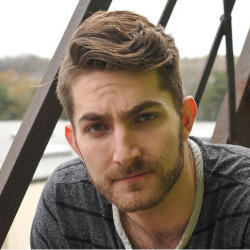 Zachary Zane is one of the leading bisexual activist in the world today. He is an accomplished author, speaker, and sex expert.

Brooklyn-based, he has traveled the country speaking at several universities and panels tackling the issues that the bisexual community faces. He even attended the Bisexual White House Briefing under Obama.

Zach's work has been featured in countless publications, such as Playboy, Huffington Post, NBC, Cosmopolitan, NewNowNext, AskMen, Slate, Into, Them, SELF, Allure, Dazed, Bustle, Hornet, MerryJane, and LGBTQ Nation.

Former digital associate editor at OUT magazine and contributing editor for the Advocate magazine, he currently writes for Rolling Stone, Prevention, and The Washington Post. In addition he has a weekly sex advice column Men's Health called "Sexplain it."