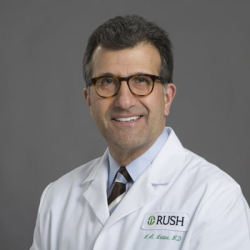 Dr. Laurence Levine M.D. graduated the University of Colorado school of medicine in 1980. For the past 25 years his primary focus has been in the fields of andrology and reconstructive urology.

He has helped countless men with Peyronie's disease and the issues associated with it like, sexual function disorders, male infertility, congenital deformities, and deformities of the penis.

He is considered to be one of the world's leading authorities on erectile dysfunction and Peyronie's disease and once held the position of President of SMSNA (Sexual Medicine Society of North America, Inc.) where he also received the lifetime achievement award.

Dapoxetine and Priligy Review: Does it Work?

Health Benefits of Sex: For Men, For Women, For Both

Average Penis Size: How Do You Measure Up?

The Penuma Device: Is This Penis Growth Implant Right For You?

Are There Premature Ejaculation Treatments That Don't Require a Prescription?

Do Testosterone Supplements Make You Last Longer in Bed?

Why Do Men Fall Asleep After Sex?

Why Are Doctors Writing Prescriptions for SSRIs to Last Longer?