Circumcised Vs Uncircumcised: Risks, Benefits, and What to Expect

Are you considering circumcision? There are some important things to know before you make your decision. 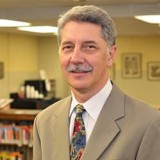 Board Certified Professor of Urology

Parents who find out they are giving birth to baby boys face one big question:

Should they have their son circumcised?

The circumcised vs uncircumcised decision may be based on anything from religious views and societal norms to suggestions from the American Academy of Pediatrics or concerns about health benefits down the road.

In any case, older boys and later men find themselves having to live with their parents' decisions.

Most men—at the mercy of whatever decision their parents made back in the day—wonder what the grass looks like on the other side.

There are conflicting reports on this issue. Ultimately, it will have to come down to personal preference, research, and making the most informed decision possible.

Unfortunately for the guys that are uncircumcised there is overwhelming evidence that women prefer circumcised.

No, the only thing that is removed is the skin around the outside of the head of the penis. Let's take a closer look at male circumcision or uncircumcision, the benefits of circumcision, some of the medically reviewed information, and more that you may want to know. Circumcised vs uncircumcised penis: What is the difference? The head of the penis is more pronounced and visible when a man has undergone circumcision, and the skin that would normally "hood" around the head is missing because it has been surgically removed.

In reality, the lack of or presence of foreskin around the head of the penis comes down to personal preference—some men (and some partners) like having the foreskin and some men don't. For men, the preferences on circumcised vs uncircumcised tend to be associated with attributes like appearance, sensitivity, religious views, or even where you you were born.

For instance, the majority of American born men are circumcised; while the opposite is true in Europe where a larger majority of men are uncircumcised according to research done by the World Health Organization.

Nevertheless, male circumcision—or lack of circumcision—can come along with a few caveats to consider where hygiene, health, and even sexual pleasure are concerned.

The Medical Advice About Circumcision

The American Academy of Pediatrics (AAP) revised its recommendations in 2012 suggesting that the benefits of circumcision outweigh the risks of the procedure itself for newborn boys.

The AAP says that circumcision may come along with a decreased risk of urinary tract infections, certain sexually transmitted infections (STIs), and perhaps even the risk of penile cancer.

But, the American Academy of Pediatrics also says that the benefits are not great enough to give their full recommendation that all baby boys get circumcised.

With all things considered, circumcision is not necessarily better than an uncircumcision, but there are a few noteworthy things to consider.

Circumcised vs uncircumcised: What women think So, what do women think about circumcision?

At least one analysis of database searches found that most women prefer men who have had the circumcision procedure.

So, ladies do have quite a few reasons why they prefer their male partners to have undergone circumcision.

Does circumcision affect the size of my penis? Male circumcision does not affect the size of the penis.

However, when the penis is erect, the skin around the glans retracts and practically disappears.

Therefore, circumcised men don't have a penis that has any more girth to it than men who still have their foreskin with an erection.

Penis size is based on a number of factors, such as genetics and blood flow to the penile tissues.

The presence of a foreskin may mean some notable girth when the penis is flaccid, but that's it.

How does it look?

Circumcised- No foreskin present, the glans (head of the penis) is exposed whether the penis is flaccid or erect, and there may be a varied texture around the tip of the penis where the foreskin was removed.

The skin may also be thinner and seemingly more sensitive around the tip of the penis and thicker further down the shaft.

Uncircumcised- Foreskin conceals the glans when flaccid, so the head is not very visible when the penis is soft.

The foreskin retracts during erection to fully expose the head of the penis, and the penis may look like it has more "bunched-up" skin.

How does it affect sex?

There's a lot of speculation that men with foreskin have more penis sensitivity than men who don't.

Pro tip: If your primary concern for wanting a circumcision is an overly sensitive penis, then you might want to check Promescent's delay spray before going under the knife. This is a safe over-the-counter non surgical solution to premature ejaculation.

However, that may not necessarily be true.

Medical research efforts have not concluded whether circumcised men have better sex than those who still have their foreskin or vice versa.

The evidence so far has been pretty conflicting.

One article published in 2013 found that among 1,059 uncircumcised men and 310 circumcised men, the men who had undergone circumcision had less sensitivity.

And a third clinical study into sexual function related to foreskin or lack thereof has found no major difference between the two.

Circumcision does not seem to have any bearing on sensitivity levels, sexual pleasure, or even pain during intercourse.

At least one study has shown that men who underwent circumcision as adults were able to delay ejaculation time for an average of 20 seconds longer.

However, the researchers also noted that this evidence was not strong enough to recommend the surgical removal of the foreskin to help with premature ejaculation.

After all, most men, with or without a circumcised penis, can see better times-to-ejaculation with something like Promescent Delay Spray—no surgical procedure involved. Circumcision makes the penis easier to keep clean—just wash the area and you're good to go.

Men who have not undergone circumcision have to be especially vigilant about cleaning beneath the foreskin to protect their health.

Pro Tip: Promescent Before and After wipes are a great way to stay clean on the go.

Cleaning should be done daily to remove:

If these agents are not regularly removed, smegma (sebaceous secretions) can build up, which can give your penis a bad odor and even lead to inflammation or infection and conditions like balanitis and phimosis.

It should also be noted that a study conducted in 2013 have shown that uncircumcised diabetics are even more prone to issues like balanitis, yeast infections and phimosis.

These conditions often have to be treated by a doctor or some level of medical intervention. As a side note, phimosis is a risk for penile cancer.

Keep in mind as well, men who have not undergone circumcision who don't keep clean can mean heightened risks for sexual partners, especially women.

What about the risk of sexually transmitted infections?

Circumcision could mean a lowered risk of some sexually transmitted infections, such as herpes, human papillomavirus (HPV), or even human immunodeficiency virus (HIV) for the man and a reduced risk for their female partner.

Some medical research has actually shown that circumcision can mean a 50 to 60 percent reduction in the risk of contracting HIV from a female partner for the man.

For women, circumcision may reduce the risk of contracting:

In addition, women may have a lower risk of cervical cancer since human papillomavirus is one of the major underlying factors.

Uncircumcised men do not face any problems with sperm production or fertility simply because they still have their foreskin intact.

Remember, fertility is relative to the testicles—the penis or the skin around the tip of the penis really doesn't have anything to do with sperm production, quality, or motility.

While there is no established evidence that circumcision affects how fertile a man is, not being cut can mean a greater chance of developing balanitis and phimosis.

Both of these conditions can lead to swelling and irritation of the penis, but also an infection that can affect fertility.

So, you could conclude that not being circumcised could lead to secondary effects on fertility, but those risks would be slim if you keep yourself clean.

Should men consider foreskin removal procedure as an adult? Maybe you're not so happy with your penile appearance, or you have a lot of issues with urinary tract infections.

Perhaps you have personal reasons that you prefer circumcision but your parents did not take that route when you were a baby.

In either case, circumcision as an adult is less common but not impossible. In fact, circumcision may actually be recommended by your doctor if you:

When newborn boys undergo the procedure, they are less likely to face complications after surgery.

Your risks of complications after the procedure are bigger as an adult, and you can be facing a more significant healing time than a baby.

Healing may take up to three weeks and you may need to refrain from sexual activity for up to six weeks.

The risk of complications with a circumcision procedure as an adult include:

If you are interested in adult circumcision, discuss the idea and related risks of the surgery with your doctor.

Consider the risks of the surgery and determine if the benefits of circumcision outweigh the risks for you personally.

While the majority of men in the U.S. are circumcised, the rates of the procedure have fallen over the last decade.

The AAP doesn't necessarily outright recommend circumcision, but they do say there are obvious benefits to a man's health to be considered.

A lot of women prefer a circumcised penis for various reasons, including cleanliness, aesthetics, and lowered risk of urinary tract infection or other health reasons.

Nevertheless, sexual stimulation seems to be relatively similar regardless of an in-tact or missing foreskin.

If you're uncut, just keep yourself clean and you'll thwart pretty much all mentioned risks—for you and your partner—of being uncircumcised.

Dr. Wayne Hellstrom is a board-certified Professor of Urology and Chief, Section of Andrology at Tulane University School of Medicine in New Orleans, Louisiana. He works as a urologist at Tulane University, University Medical Center, and the Veterans Administration Medical Center in New Orleans. Wayne received his MD from McGill Medical School followed by a residency there in General Surgery. He completed a residency in Urology at UC San Francisco, and an AUA scholar-funded fellowship in Andrology at the UC Davis. Dr. Hellstrom is the past President of the Sexual Medicine Society of North America and the International Society of Sexual Medicine. He has authored or coauthored over 100 book chapters and more than 500 manuscripts in peer-reviewed journals.

How to Last Longer in Bed (Ultimate Guide 2021)

Delay Sprays: How To Use, Tips, FAQs and More Premature Ejaculation Pills: Do They Work?

You save 42%
Learn More
English