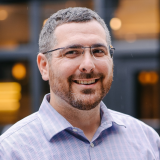 Mark is a LCMFT & CST certified sex therapist and founder of the Erectile Dysfunction Podcast and ErectionIQ.com
by Mark Goldberg Last updated 11/10/2022

The fact is, young men and old men alike can be drawn to pornography, and there is nothing wrong with your mental health if you're one of them.

Even more important, is porn-induced erectile dysfunction actually a thing?

It can create an unrealistic expectation of sex with your partner.

No, some research suggest that it can actually help men prepare for real world sex with their partner.

Porn-induced ED, by speculation, is ED caused by watching pornography.

The problem is said to happen to men who watch pornography so much that when they try to attempt sexual activity with a partner, they can't get or keep an erection.

Erectile dysfunction is a much more complex issue that often occurs as a result of both mental health and physical health components.

Therefore, the idea that excessive pornography could directly cause ED is relatively questionable.

While you will hear a lot of speculation about porn-induced erectile dysfunction, a lot of experts say this is more of a notion than a fact. Researchers in a  sexual medicine study found no direct link between erectile function and watching too much pornography.

What the study found was:

Instead, the following may be to blame: An online article published in 2016 stated that progressive pornography viewing is related to the progressive need for more stimulation just to achieve erections.

The problem with this particular article is it was primarily penned by a founder of an anti-porn organization.

This myth stems from some of those same unwarranted claims already mentioned but does not necessarily hold a lot of merits.

3. Young men are more likely to have porn-induced erectile dysfunction

ED is more prominent among older men (four times as likely for men in their 60s versus in their 40s). However, younger men are increasingly getting medical advice, diagnosis, or treatment for ED.

But the actual cause of heightened instances of ED among the younger male population may be linked to far more than just easy access to internet pornography.

For example, more men are speaking up when they have issues with ED.

There are treatments out there known to work, some of which are available just by prescription.

So, guys, in general, are more likely to open up about issues regardless of how young or old they may be. ED is complicated. From a medical standpoint, it's incredibly rare for difficulty with erections to have just one singular cause.

In fact, one study found that 50% of men with known coronary artery disease had significant ED.

ED, just as it is with most levels of sexual dysfunction, can have so many underlying factors that make it hard to get hard, such as:

Not to mention, porn-watching with a partner can bring about a new level of excitement for the encounter and support the sexual health of the relationship.

This particular fact should serve as a bit of a warning to watch what you believe when info comes from sources that have something to gain.

Internet pornography serves up fantasies with just a click.

You can skip from scene to scene, action to action, to get instantaneous mental fantasy fulfillment and arousal-inducing stimulation.

Real-life sexual experiences are not the same.

There is no flipping from scene to scene to experience the most arousing parts of the encounter.

Some guys find it difficult to maintain an erection during real-world sex because of this.

Plus, most guys will not talk to their sexual partners about what they want during sex, but they can get that psychological stimulation from sex acted out online or otherwise.

It can become an easy habit to fulfill those wants and desires privately instead of risking judgment by having a talk with their significant other.

A man may feel inadequate during sex simply because what he's doing, what he looks like, or even how his partner response doesn't measure up to what he consistently sees in acted-out scenes.

You're probably not going to have long-term dysfunction when it comes to sex just because you watch pornography, and ED is unlikely.

This is the case no matter your age.

Naturally, pornography is not the real world.

Sexual situations in real life are not going to be the same.

And, excessive pornography may skew your perceptions and expectations enough to even cause a bit of anxiety.

If you believe your body could use a little extra support in the sex department, then Promescent has you covered, try adding ڤَيتا فلَكس to your daily regimen.

It’s probably also a good idea to pay a little more attention to your physical and emotional health as well.

And remember, a little creativity and a few tools can make real-world sex with your partners just as exciting.