What are Blue Balls?

We're here to discuss blue balls. Is it real. Is it dangerous, and how to get rid of it? 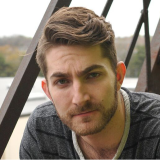 What Are They? | How Does It Feel? | Common Myths | How Long Does It Last | Takeaways

If you've ever been in the middle of an intense foreplay session that built up to sex that didn't happen, you might have experienced blue balls, scientifically known as epididymal hypertension (EH).

While most cases of blue balls occur in overly stimulated people with testicles - especially younger people - they can occur at any age and to anyone.

Let's take a look at what blue balls are, how to treat them, and when to be concerned that the pain in your testicles might be something more serious than EH.

No, you simply need to become un-aroused and the condition will cure itself

Yes, this is not a condition that is unique to men. Obviously it is not called blue balls, but rather vasocongestion

Typically blue balls does not last long. Usually just until you are no longer aroused.

What are blue balls?

The constricting, painful experience in the testicles is often referred to as "blue balls" because the blood trapped can sometimes cause discomfort and a slight bluish coloration.

While this may sound awful, blue balls are effectively harmless and not nearly as common as popular culture leads teenagers to believe.

How do you get blue balls?

Like the penis, testicles get an extra boost of blood when we're aroused to prepare them for what follows.

This causes them to grow slightly and get heavier. Normally, the extra blood is allowed to flow back into the body when you orgasm or your arousal decreases. If you're having or nearly having sex, and you're not able to orgasm or otherwise get relief— but you're still extremely aroused—the blood won't flow back as normal.

This leads to prolonged erections and the blood staying in your genitals, causing high blood pressure in the epididymis, the duct that carries sperm from your testicles.

This is uncomfortable, and depending on your level of arousal and inability to orgasm, it can last for a while.

Pro Tip: When you need to take care of your blue balls situation, make sure to reach for Promescent water based lubricant. When you get blue balls, your testicles can get swollen, and they’re often accompanied by an erection that will not go down.

The term "blue balls" comes from the deoxygenated blood that’s trapped in the testicles, which can make them look somewhat bluish-hued.

But typically, this is a very mild shade of blue. Don’t expect your testes to look like inflamed blueberries!

When you have EH, you feel pressure or “heaviness” in your testicles. They might hurt to touch, but the ache is a dull, deep-set pain that radiates outward.

This is unlike when you’re struck in the testicles, which leads to a sharp, pulsing pain.

Blue balls is a fairly silly name, and any time that a body part changes color, there's a certain mythology that surrounds it, particularly in teenagers.

These teenage myths don't go away easily, and so myths about epididymal hypertension persist into adulthood. Here are some of the most common (but still false) beliefs about blue balls.

Myth #1. You need to orgasm with a partner to get rid of blue balls This isn't true, and it's most likely a myth that persists because people believe that blue balls only happen when you're denied sex by a partner.

The image of a young guy in a car, making out with his lover who then says they're not ready for sex might come to mind.

Never attempt to guilt your partner into doing something sexual with you because you have blue balls.

Remember, this is your problem, not their problem.

Myth #2. Only people with testicles get "blue balls" Unfortunately, people with vulvas can also experience the same sensation as blue balls, with the same cause. It's called "vasocongestion" in vulva-owners, and it hurts, albeit differently, but uncomfortably.

Myth #3. Blue balls are dangerous or can hurt your testicles

Though uncomfortable, blue balls are not dangerous.

They will either resolve on their own or you can speed it along manually, but the condition itself shouldn't persist long enough to damage the testicles or penis.

Also guys, let’s be real for a second here. It’s never that painful.

It’s mild to moderate discomfort that can easily be taken care of by yourself in two minutes (or less).

How can you get rid of blue balls? The most straightforward path to curing blue balls is to orgasm.

This should allow the blood to flow out of your penis and testicles and relieve the pressure that causes blue balls.

How long do blue balls last?

Blue balls don’t last too long unless you're in a situation of prolonged arousal with no means to relieve yourself.

Thinking of something devoid of sex—the adage of "think about baseball" when you're trying to prolong your sexual performance—can go a long way here in making your body stop being aroused.

Some people have suggested the applying ice or cold water—like taking a cold shower— can help relieve the pressure.

Theoretically, shock of cool water will not just shock you out of arousal, but your body will draw in as much blood as possible to warm your core.

That said, there isn’t a ton of research to support the cold shower technique, so it’s likely better to relieve yourself the old fashion way.

Are you sure the pain you're experiencing is from blue balls? You should never ignore testicular pain.

Luckily, it’s very simple to identify blue balls since it’s always in the context of arousal.

If you're completely unaroused and not erect, but your testicles hurt, it is almost certainly not blue balls.

In that case, you may need to speak with a doctor, and if pain persists, you really need to talk medical health professional as soon as possible.

Diabetic proximal neuropathy in the groin

Though it's the not most common place to experience diabetic neuropathy, it is possible that diabetic nerve pain can be experienced in your groin.

But also this would be accompanied by pain, weakness, and numbness in your thighs. So this is a very different sensation than blue balls.

Unless you have diabetes or neuropathy elsewhere, it’s highly unlikely that this is actually what’s happening to you.

This is the big one and the primary reason you shouldn't mess around if you feel heaviness or pain in the testicles.

Testicular cancer is extremely treatable with a great prognosis if it's caught early, but you cannot ignore lumps, pain, or heaviness in the testicles.

Testicular torsion is the other big concern if you're experiencing testicular pain.

It occurs when the testicular blood supply cord (the spermatic cords) gets twisted, cutting off blood flow to the testicles.

If not treated immediately, within six hours, you can lose your testicles.

While indeed a medical emergency, you will not likely confuse torsion with blue balls, as it's significantly more painful and causes more swelling.

It can also lead to infection, which causes fever and other symptoms.

Your doctor will likely ultrasound your testicles to determine if there is twisting, and the treatment is usually surgical.

Caught early, it has an excellent prognosis, however.

Blue balls happen to nearly all men at least once in their lives.

Fortunately, it's very easy to "cure" blue balls: jack off!

If you have persistent pain in your testicles outside an arousing situation or without an erection, it's likely the pain is not due to blue balls.

These are situations where you should speak with your doctor as soon as possible.

Most causes of testicular pain are not mundane, and though pain can occur without a cause (idiopathic pain), if it continues past a day or two, it's worth the ten-minute phone call to your physician.