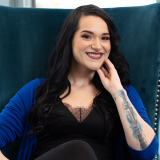 Some men may experience a midlife crisis as they age, although the severity and duration of it will differ significantly depending on the person.

For some, a midlife crisis may be subtle; for others, it may be drastic with lifelong consequences.

A midlife crisis is when a man experiences regret and discontent as he reflects on his past, present, and future.

Some signs of a midlife crisis include making drastic changes, increased burnout, and increased anxiety.

Some common causes of a midlife crisis are financial stress, relationship problems, and culture.

This guide will help you understand the truth about midlife crises, how you can recognize one, and what you can do to make it a bearable experience instead of a destructive one.

A midlife crisis is a point in a man’s life where he confronts his past, present, and future, sometimes quite suddenly and often very drastically.

This reflection point may come to a man during a period of either stability or instability.

When a man goes through a midlife crisis, he may suddenly begin regretting his past choices and find himself stuck or unhappy in his current situation.

There may be a sudden change in affection towards their spouse, or past problems may suddenly erupt into focus.

Careers are another major focus when dealing with a midlife crisis, and many men often find themselves feeling trapped in their careers or suddenly unhappy with their professions.

Childhood dreams of success may come flashing back, and in comparison to the present reality, they may find their present life dull and uninspiring.

While these are all common worries, only around 10-20% of men actually experience a full midlife crisis.

Despite being a common phrase, a midlife crisis is more of a catchall phrase for a number of combined symptoms and is not medically diagnosable.

What Age Do Men Go Through Midlife Crisis?

Men often go through midlife crises between the ages of 40 and 55, although some men may experience them as early as 35 or as late as 65.

Signs of a Midlife Crisis

There are many signs of a midlife crisis, some subtle and others blatantly obvious. But it's not a condition in the sense that you can't diagnose it.

Despite the stereotype of buying a sports car for the first time and choosing a younger partner, neither singular act is enough to confirm a midlife crisis.

Often, there are multiple signs that arise around the same time, and it’s generally between the ages of 45 to 50 for many men.

Since there are no clear-cut symptoms, it’s best to look at a midlife crisis as a series of personality and emotional changes that occur during the middle years of a man’s life.

Some of the most common signs of a midlife crisis include the following:

If you’re suddenly making drastic changes in your life, it’s important to stop and ensure that they’re the right ones to make and not stemming from a midlife crisis.

Of course, this is much easier said than done, but it’s important to pause and reflect if you are suddenly agitated about your current situation.

Not all changes are bad, and some may even be quite beneficial, but it’s important not to throw everything away at once or make any drastic changes that you may regret in the future.

Some common changes include:

Suddenly feeling exhausted because of your career, despite no major changes happening in your daily responsibilities, could be a sign of both professional burnout and a midlife crisis.

Anxiety over aging is common, but a sudden and drastic increase in anxiety may be tied to a midlife crisis.

The anxiety may be about certain things such as relationships, children, finances, or goals and ambitions, or it may be generalized anxiety surrounding all aspects of life.

However, it’s important to take notice of anxiety before it leads to ill-informed decisions or destructive behaviors. It is recommended to seek out a licensed Psychologist or therapist if you notice your anxiety being the primary motivating force behind your choices.

Regret and nostalgia are both common parts of aging, but only to a point.

While it’s healthy to go over one’s history and find both regretful and positive moments, it’s another thing to dwell on them excessively and detrimentally.

An example of a positive regret would be coming to the realizing you haven’t traveled as often as you’d like and then setting realistic goals to increase travel.

This may involve budgeting, finding time around work to make it happen, and speaking with your partner to find a destination that’s exciting for everyone.

An example of negative regret would be dwelling on missed vacations and harboring resentment or anger over these things.

Negative regret can lead to depression or unwarranted resentment and anger towards a partner.

In the negative scenario, regret only leads to pain. But, in a positive scenario, it can lead to fulfillment and a newfound sense of purpose.

Both actions may be signs of a midlife crisis, but how they’re dealt with changes the results dramatically.

Finally, a common and stereotypical sign of a midlife crisis for men is a teenage-like attitude or rebellion. This may include:

Common Causes of a Midlife Crisis

Here are some of the most common causes of a midlife crisis in men:

Another common cause of a midlife crisis is recognizing one’s own mortality.

This is another reason why midlife crises often happen to men when they reach 40 and start to feel less vital than before.

Aging can often come with reduced testosterone, which can greatly affect sex drive and stamina, and it may also make men feel more vulnerable as a result.

As the body and mind start to plateau in performance, many men may feel trapped by their own biology, which can cause lashing out. This is especially difficult for men in cultures where their sense of purpose is linked to their ability to perform.

Nearing the Age of 40

Age isn’t a standalone factor in a midlife crisis, but many men often experience one between the age of 40-55.

This is often due to life changes such as health and career goals around this time, plus the likely addition of children or even grandchildren, which can cause a sudden reflection on one’s life.

Finances often become more important as men age, and this is due to important things like:

While a degree of financial stress is normal and understandable, severe stress may influence a midlife crisis if it leads to drastic or sudden changes in career choices.

If a man has been in a marriage or relationship for a long time, then some problems and differing life goals may naturally materialize.

Some common problems include:

Working on the relationship and sexual problems before they become catastrophes is important.

Since it’s difficult to say whether the problems caused a midlife crisis or vice versa, it’s always better to face them sooner rather than later, either through therapy or open conversations with a partner.

Midlife crises are more commonly spoken of in the Western world, and this may be due to cultural expectations around aging and masculine identity.

Men may be subjected to pop culture or marketing that portrays older men in a certain way, and this can cause agitation against what’s expected of them.

How one reacts to their culture may influence the severity of a midlife crisis, and it’s important to take note of the media one consumes to see if it’s positively or negatively affecting their behavior.

While it’s impossible to control pop culture as a whole, everyone can choose what they engage in, and this is especially important when aging or dealing with inner turmoil.

Social media often promotes toxic masculinity that defines manhood by aggression, status, sex, and violence. Avoid being influenced by these suggestions through limiting your use of social media.

Could it be Depression Instead?

Depression and midlife crises are often interlinked, and it’s important to start seeing a therapist whenever signs of depression arise.

Some signs of depression or a midlife crisis include:

In the case of suicidal thoughts or self-harm, it’s crucial that you contact professional help immediately before things get worse.

How to Deal with it?

Dealing with a midlife crisis is often a multi-step process, but it can be done in a healthy and productive way in many situations.

While packing up and leaving one’s family is certainly unhealthy, a midlife crisis may make a man reevaluate his life and find ways to change it productively.

This may include family therapy, and opening up with one’s partner to help rekindle the relationship.

Likewise, feeling sad about one’s career choice may lead to motivation for improvement and advancement.

A positive way of dealing with this is by studying on the side to gain new skills and certifications and also by harnessing this new drive into career advancement.

A negative way of addressing that would be to suddenly quit one’s job without a replacement and place themselves or their family in more dire financial circumstances.

Communication can be key to finding a way out of a midlife crisis. It’s important to be open with others so you can express your feelings while also receiving positive feedback.

Therapists can greatly aid in this, and they can be invaluable resources in self-improvement and understanding.

Likewise, a visit to the doctor can be crucial to finding your current vitamin and hormone levels.

Finally, certain supplements may help to improve your body and mind in positive ways. VitaFLUX contains many libido-enhancing and energizing nutrients to help you feel your best, including:

A midlife crisis is common for many men, and while it can often be destructive, it doesn't have to be.

Being open and honest with partners can help to minimize the negatives of a midlife crisis, and therapy is another great option for getting a better perspective on the situation.

Seeing a doctor to rule out any vitamin deficiencies or low testosterone can also help men to take control of the situation.