How much sex should you be having as a married couple? We'll cover what's considered average for couples of every age group. 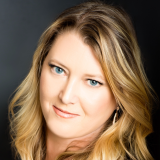 Sexual Frequency By Age Groups | What if One Partner Wants Sex More? | Can Sex Therapy Help? | Should You Schedule Sex? | Conclusion

If you have ever wondered whether the lack of sex between you and your partner means something is wrong with the relationship, you are not alone.

Marriage counselors and sex therapists say that the first question a couple almost always asks them is, "how many times should we have sex every week and what is considered enough sex or too much sex"?

Yes, like most things in life, age plays a part in how often married couple have sex. However, 40% of people in the 60-79 year old age group still report having sex on a regular basis.

On average most couples have sex between 50 and 55 times a year.

There is no one and done answer here. Like with most things in relationships communication is key. You might even consider talking to a sex therapist to help with any issues you feel you cannot work out between you and your spouse.

According to most studies investigating the frequency of intercourse among couples, data indicates the number ranges between 50 and 55 times a year.

That averages out to about one or two times a week.

But remember, this is an average taken from answers provided by adults 18 to 80 years old.

If you find yourself having far less sex than this, you could be in what’s considered a sexless marriage.

Roughly 10-20% of marriages fall into this category, defined as a marriage where sex occurs ten times a year or less.

It's just a fact of life that many young people engage in sexual intimacy more often than older people due to medical conditions, hormonal fluctuations, and many other factors.

Interestingly, further studies indicate that whether married couples have sex just one or two times a week or more than once a week does not affect their sense of happiness and satisfaction.

In other words, when both people in a relationship are content with having sex three times each week or once every two weeks, that is perfectly fine and normal. What Happens to That Hot Love Connection Erupting During the Honeymoon Phase of a Relationship?

Psychological and personality science experts say that it's normal for a couple to look back on this phase of their relationship and wonder what happened to those crazy, sexy days of hitting the sheets several times a day.

It's also normal for a person's sexual behavior to change over time as the idealized version of their boyfriend or girlfriend gives way to the authentic version--warts and all.

If a relationship lasts beyond the honeymoon phase, chances are both partners believe they may have found their soulmate.

However, enduring love requires a commitment from each other to understand the emotional and physical needs of the other, to talk openly about these needs when it comes to sex, and to give more than take.

Do Couples Have Sex Less or More According to Age Group?

Several years ago, the Kinsey Institute completed a massive research study concerning the number of times married couples have intercourse weekly and monthly in the U.S.

Here are some of the results of that study:

Sexual Frequency Among Adults in Their 20s and 30s

Frequency of Sex Among Married Couples in their 40s

These findings are comparable to research results involving single men and women of this age group--that married individuals had three times as much sex as single individuals.

Frequency of Sex Among Married Couples in their 50s

An AARP survey involving over 8,000 married people in their 50s found that:

On average, Carnegie Mellon University researchers wanted to know if having more frequent sex meant couples in their 50s were happier.

So, they asked 30 couples to double their frequency of intercourse while asking a different set of 30 couples to continue their regular sexual activity.

The published results showed that the couples doubling the amount of sex were not happier than those who continued having sex when they felt like it.

Researchers concluded that, for the most part, couples who have sex for the sake of sex do not increase the level of happiness in a marriage.

It seems what matters is the spontaneity and freshness of the moment and whether couples are "in the mood.”

Frequency of Sex Among Married People in their 60s and 70s

According to the National Poll on Healthy Aging, University of Michigan:

The main reason that intercourse or desire for intercourse could decline with age is health.

For women, lack of desire or interest in sex may be attributed to menopause, loss of estrogen, vaginal dryness, and other health issues.

Seeking medical advice may be helpful when sexual satisfaction decreases due to chronic diseases or even psychological factors.

However, many post-menopausal women feel more sexual in their 50s and 60s because they are more self-assured about themselves, know and communicate what gives them pleasure, and no longer worry about pregnancy.

Also, sexual enhancement products such as delay sprays and female arousal gels work well in providing lubrication for women and for maintaining erections in men.

When One Partner Wants More Sex Than the Other Partner

In 1992, marriage counselor John Gray published a book titled Men are from Mars, Women are from Venus.

Since then, the book has sold an astounding number of copies --over 15 million--and continues to be considered a "go-to" source for people in troubled relationships.

When one person in a relationship thinks the balance is no longer a 50-50 split, they can feel resentful.

Gray states that, when this happens, opening the line of communication between partners in a committed relationship can help restore balance--and the desire for more sexual intimacy.

Instead of assuming a partner rejects another partner's sexual advances because they don't find them desirable, Gray suggests it may involve a perceived give-and-take problem.

However, unless two people feel comfortable enough telling their partner exactly why they don't want intercourse, then the issue will just continue worsening.

If your partner has been rejecting you in the bedroom more frequently, sit down and have an objective, heart-to-heart talk with yourself.

Are you showing enough affection towards your partner?

Are you simply leaving for work every morning, watching Netflix in the evening, and then just assuming your partner wants sex before bedtime?

It’s important to nurture your relationship, the internationally renowned sex researcher John Gottman describes the 7 principles for making marriage work, key is turning towards vs away from emotional bids, building love maps and making deposits in your emotional bank account.

Sex therapy is a particular branch of psychotherapy that addresses all types of sexual problems affecting relationships.

A sex therapist can be a licensed psychologist, social worker, LMFT, or physician who has completed many courses and training in human sexuality and sexual issues.

The American Association of Sexuality Educators, Counselors, and Therapists (AASECT) provides a list of certified sex therapists, educators, and counselors by country and state.

Yes, sex therapy can help both individuals and partners having less sex than they want to have.

Common reasons why people talk to sex therapists include:

What's the difference between couple counseling and sex therapy?

Marriage counseling is generally reserved for two people who are dealing with communication, control of one over the other, and infidelity issues.

In most cases, a couple who sees a sex therapist view problems with their sex life as the primary reason for seeking professional help.

If the idea of "maintenance sex" doesn't sound too appealing, you and your partner might consider trying it before dismissing it.

Those who regularly schedule sex date nights with their significant other say it does make a difference in maintaining closeness and improving communication in their relationship.

It may also be the fuel needed to fire up those erotically spontaneous moments happening when you and your significant other least expect it.

Scheduling ‘sexy time’ gives you the opportunity to conserve energy, anticipate the encounter and decide in the moment what would bring both connection and pleasure.

Scheduling also allows for responsive desire, another equally valid pathway to desire that comes from willingness, or being open and receptive to sensual touch.

When sensation feels good, arousal is the reflex which leads to desire.

Knowing that you and your partner will hit the sheets on a specific night also gives you a chance to make the occasion even more memorable.

You might even want to try a blindfold because we know that when we cut off one of our 5 senses, we heighten the others.

Conclusion On Sex And Married Couples

Sexual health is just as crucial to your overall well-being as your physical or mental health.

Longitudinal studies investigating the health benefits of having regular sex found that people having sex twice a month had a reduced risk of heart disease compared to adults who had did not have sex at least twice a month.

Intimate activity of any kind is a great, fun way to exercise, burn calories and enjoy those "feel good" hormones that flood the body during intimate moments with your significant other.

Promescent provides a wide range of sexual enhancement products designed to increase sexual satisfaction in both young and older men and women.

From delay sprays, lubricants, sex toys, and massage oils, Promescent has what you're looking for to put the ooh-la-lain your sex life!

Megan Fleming, Ph.D. is a licensed clinical psychologist and internationally recognized sex and relationship therapist. A certified diplomate in sex therapy through AASECT and IMAGO couples therapy; she’s also a clinical instructor at Weil Cornell Medical College, New York-Presbyterian Hospital. She is the founder and former director of the Sexual Health & Rehabilitation Program at Beth Israel Medical Center. In private practice, Dr. Fleming has 20+ years of experience working with individuals and couples to break through what’s holding them back. A frequent media contributor, Dr. Megan is known for her practical advice and easy-to-follow guidance. You save 42%
Learn More
Español